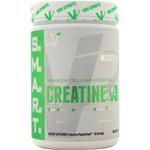 S.M.A.R.T. Creatine was Developed to fulfill your muscle building & endurance needs, with one of the most clinically studied ingredients available; Creatine. We made it our mission to develop an advanced formula unlike any other in the market- we thought S.M.A.R.T. Our creatine features the clinically studied, tested & proven MagnaPower Creatine, Creatine Citrate & Creatine Pyruvate. This synergistic combination of creatines allows for a 3 stage digestive release, which can allow for maximum use & uptake by every ounce of your muscle tissue. We didnât stop there either- weâve added just enough NaCl, to ensure SKIN TEARING MUSCLE SWELLS.