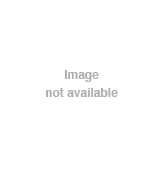 Brand : Olympus LabsProduct Categories : Pump / N.O,P
All the best Olympus Labs Hydro3 deals in one place! Compare prices from all the top online stores to find the best price on Olympus Labs Hydro3. Fitness Deal News does the hard work for you of finding the best deals & coupons on everything fitness.

The legendary âpump,â the feeling that bodybuilders chase after time and again, an indication that your body is supplying the key nutrients to your muscles, all the while making you look swole. This process scientifically is called hyperemia and is responsible for diverting blood flow to your muscles during high periods of demand, in response to increased metabolic consumption of oxygen. In addition to increased blood flow to the muscles, vasodilation allows for waste products such as lactic acid and CO2 to be removed.

HYDRO3 combines the power of HydroMaxTM (Glycerol Powder 65%) with the potency of potassium nitrate (KNO3) to ensure that you get the most out of your workouts. Offered in convenient, 240 count capsule form, HYDRO3 is the most versatile and cost effective pump-producing option available!

How does HYDRO3 assist with creating the ultimate pump?

HydroMaxTM is a premier source of glycerol, providing 65% glycerol as compared to glycerol monostearate, which is anywhere between 5-12% glycerol. HydroMaxTM is stabilized with silica, which is necessary to prevent moisture absorption and degradation. Supplementing with glycerol induces an osmotic gradient that results in hyperhydration, and has been shown to increase endurance, thermoregulation and enhance plasma and intramuscular expansion.

In trained endurance athletes, glycerol-induced hyperhydration resulted in significant improvements in both peak power output and time to exhaustion by 5% and 14%, as well as decreased heart rate, during a 2 hour cycling test. Similar results were found in an additional series of studies, demonstrating decreased heart rate and prolonged endurance. And in a study of trained runners, supplementation resulted in increased water retention, and significantly decreased body core temperature during hot exercise conditions, an indicator of improved thermoregulation.

Potassium nitrate, or KNO3, can be converted into nitric oxide (NO) â the molecule most often associated with vasodilation. This reaction, from nitrate (NO3) to nitrite to nitric oxide, is an important alternative and complementary pathway to the classical NO-synthase pathway to producing NO. Recent studies have demonstrated the various benefits of dietary nitrates on exercise performance, including reducing resting blood pressure, reducing the oxygen cost of submaximal exercise, and enhancing exercise tolerance.

Six days of nitrate supplementation resulted in decreases in VO2 and increased time to exhaustion. An additional study confirmed that this effect is both acute and chronic, continuing over 15 days of supplementation, with lasting effects on reduced blood pressure, decrease in VO2 and peak power output. In a study with subjects performing isometric knee contractions, nitrate supplementation resulted in a 25% improvement in time to task failure. It has been postulated that the benefits seen with nitrates may be due to a decreased demand of ATP cost for muscle force production.