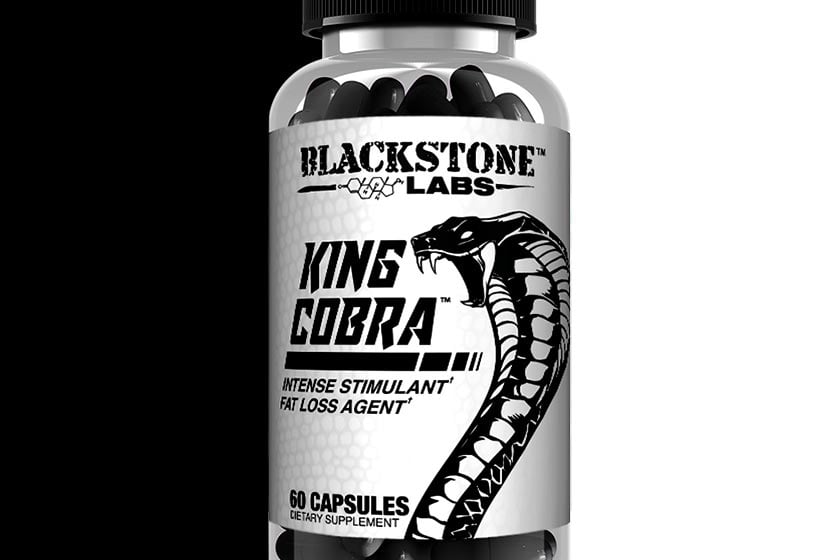 Blackstone Labs is back and it is back with a vengeance. The company mostly known for its hardcore origins is back to its core promise. King Cobra is the newest member of the DMAA enhanced products the company is now bringing back into the market on the heels of its closer co-operation with Hi-Tech Pharmaceuticals. Lets take a quick look at the formula here and dissect what you should expect from it. 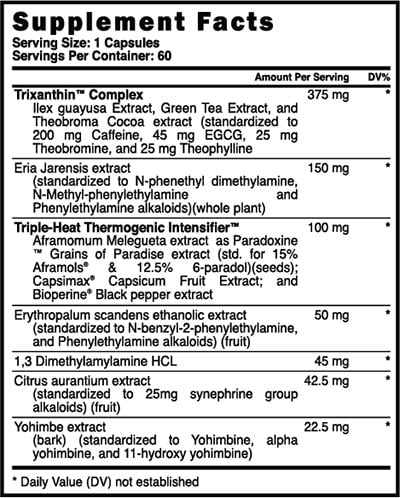 OH MAN! THIS IS GOING TO BURN!! Guys, this is by far the most intense label we have seen and we do believe it is the first product to include both DMAA & DMHA & Yohimbe & Caffeine in the same formula and all in large quantities. Not to mention the other exotic ingredients. Actually, each and every one of these ingredients is so powerful by itself that we would recommend to be really cautious about initial dosages until you figure out if you can handle it!

King Cobra is listed at $54.99 in 60 capsules (which if you take the maximum dose of 2 a day will last you a month). Yes, this is on the high end (20 higher than the best selling Lipodrene) but frankly, if you can handle it then this is going to be worth it. Obviously the best way to save on King Cobra or any other supplement, is to compare prices from around the web on Fitness Deal News and to keep on checking our site , as we continue to hunt down the best deals.

The guys at Blackstone Labs, just uppped the anti again. Just a second after we thought Hi-Tech went a bit insane with the Coca based ‘Lipodrene Elite‘, comes Blackstone Labs King Cobra and pushed the envelope. For me personally, the energy & mood improvements were substantial and the appetite suppression very noticeable. We will leave you with one (SERIOUS) thought though, a lot of the ingredients in this monster of a fat burner, so how will they interact between themselves and your body is going to be something you’ll need to exprience. But if you can take it, the KING COBRA will deliver!

Not sure which fat burner is right for you, check out our best 10 fat burners supplements for 2017.

SEE THE HOTTEST FAT BURNERS DEALS FROM AROUND THE WEB!